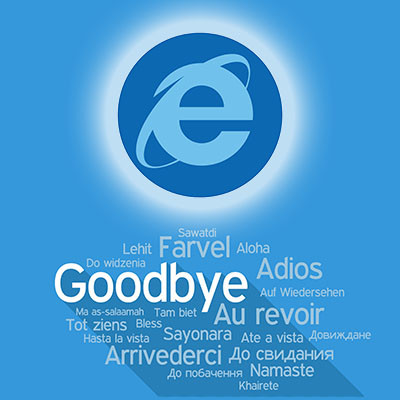 Microsoft has officially cut off support for Internet Explorer, even going so far as removing it from devices running Windows 10 and 11. What does the removal of this dinosaur of web browsing mean for your business? Let’s examine how Microsoft plans to phase out Internet Explorer entirely and make way for its other (better) web browser experience, Microsoft Edge.

First, it’s important to keep in mind that Internet Explorer isn’t necessarily “dead.” It does live on through its spiritual successor, Microsoft Edge, in the form of IE mode, a method that businesses can use if they require specific browsers for their various needs, like for opening a specific web page or application. In most cases, however, Internet Explorer can be considered dead in the water, as it should be.

Users might notice that Internet Explorer still appears in the Start menu, but it’s not going to work in the same way as it once did. Instead of opening things up in IE, the operating system will instead reroute to Microsoft Edge, assuming of course that you have not changed your default browser settings to a different web browser like Google Chrome or Mozilla Firefox.

Microsoft will eventually remove all traces of Internet Explorer from their operating systems, so if users want to browse the Internet using Internet Explorer, they will have to use IE mode in Microsoft Edge. IE mode will be supported by Microsoft into 2029, so compatibility should not be an issue for quite some time.

`What do you think about these developments with Internet Explorer? Were you ever a power user of Internet Explorer, or did you ditch it the moment a better alternative presented itself? Are you sad at all about its demise, or do you think it was inevitable? Let us know in the comments below.

Is Returning to “Normal” Really the Right Thing fo...
What Kind of Data Does Ransomware Steal? 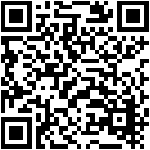